While there is a placeholder on Netflix, you can watch it online for free Here, on my Vimeo account.

Some Shunka-style pictures I snapped earlier this year. 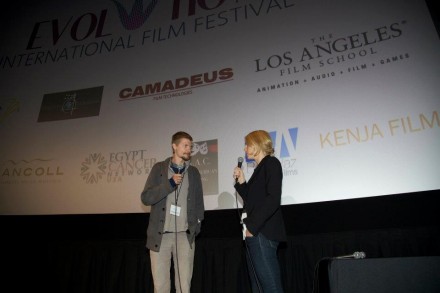 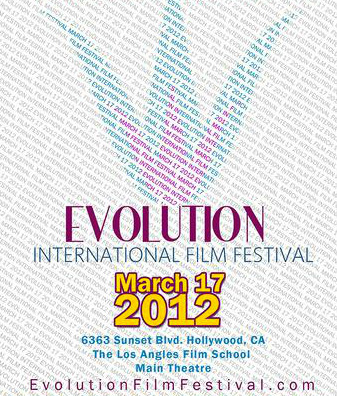 My grandma passed away a few weeks ago, 94 years old. The film has become more meaningful to me as an honor to my Grandma who I dedicated it to and has helped me see the relationship between man and animal more clearly. In context, my Grandma’s relationship to our family dog Bronx (who passed a few weeks before she did). She did not want to see him go. She even said she thought she would go before him. She joked that they were both on all the same meds. Bronx appears in the film as one of the dogs in slo-mo. My mom wrote a letter to my Grandma in the hospital thanking her for a vase with a hummingbird design on it. She told Grandma that it evoked good memories of the early days of my parents’ marriage. Grandma gave them a hummingbird feeder that lived outside of their window and they would wake up every morning to the sound of hummingbird wings fluttering. My mom also mentioned how Grandma’s hummingbird, that would visit a feeder outside her back patio, is the closing shot of the film. It meant so much to me to capture that image and immediately show it to my grandma on a giant monitor, in her backyard, so that she could see her hummingbird in that detail. My sister’s boyfriend, Keith, rigged a small GoPro camera onto her feeders to show her her birds up close while she was in the hospital. She loved her birds. Shortly before going to the hospital she was lugging around a twenty five pound bag of sunflower seeds. Towards the end, my Grandma would communicate on a scratch pad because she had an oxygen mask  over her mouth. She wrote, “remember me for my hummingbirds.” My sister kept a regular letter correspondence with my Grandma. A few years ago she sent her this quote; “Legends say that hummingbirds float free of time, carrying our hopes for love, joy and celebration. Like a hummingbird, we aspire to hover and savor each moment as it passes, embrace all that life has to offer and to celebrate the joy of everyday. The hummingbird’s delicate grace reminds us that life is rich, beauty is everywhere, every personal connection has meaning and that laughter is life’s sweetest creation.”

A letter my grandma wrote to me:

1-31-11
Dear CJ,
From all accounts I hear your film was very well received and besides that you were given two awards. This is your reward after the long and tedious work you’ve put into it. You have to have a very good feeling about what you have accomplished and about yourself. May you very soon see the fruit of all your efforts. Congratulations! You have a very proud grandmother and to think you dedicated your film to me. How honored you make me feel. Thanks from the bottom of my heart. Love always, Gramma

Best to put aside your notions of narrative or character development when watching Shunka, a lush paean to life’s mysteries filmed in South Dakota’s Badlands. Sure, there are a few characters—among them Donna, a psychic who helps a family come to terms with ghosts in their old farmhouse, and Ed, an old soldier who tools around a reservoir in his fishing boat—but there is no story, per se. Rather, Shunka is a feast of image and sound. It features some of the most beautiful cinematography we’ve ever seen, weaving snippets of conversation and macro closeups of animals, people, and insects going about their business with wide panoramas of that vast, big-sky country landscape. A Walt Whitman influence suffuses Gardella’s first feature film, and you leave with that open-ended appreciation of life’s tiny wonders, but no conclusions. Lovely.
– Tim Hill
Baltimore City Paper 5/4/2011 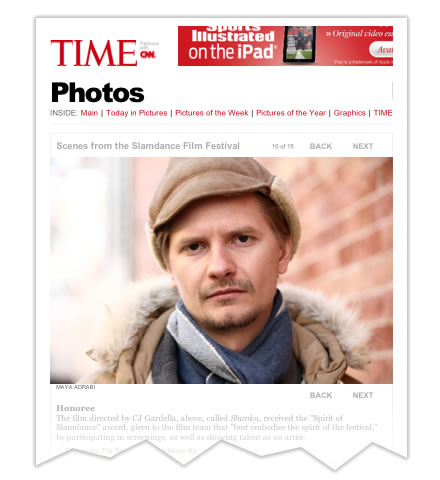